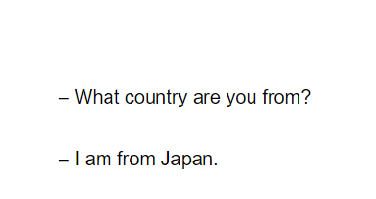 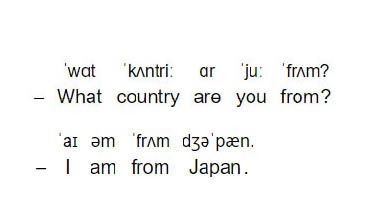 Learning word pronunciation in a new language can be very challenging, especially for beginners. In some languages, such as English, there are no strict pronunciation rules. This means that if you see an unknown word, you will not know how to pronounce it. You will need a phonetic transcription of this word (sometimes incorrectly called phonetic spelling) in order to say it correctly.

The phonetic translators on this site will help you deal with this problem and learn a language online easily. You only need to copy-and-paste in your text and press the submit button. The translator will show you the phonetic transcription of your text written with International Phonetic Alphabet (IPA) symbols. You will no longer need to search a dictionary to discover the correct pronunciation!

The IPA phonetic translators are available for the following languages:

Some phonemes in a language may have several different pronunciations. These pronunciation variants of the same phoneme are called allophones. For example, the phoneme /k/ in English has two allophones:
• unaspirated [k], as in quite [ˈkwaɪt]
• aspirated [kʰ] with a strong burst of breath after the release, as in kill [ˈkʰɪɫ] Wikipedia

Homographs are words that are spelled the same, but are pronounced differently and have different meanings. Not all languages have homographs. The English word "perfect" is an example of a homograph. Compare:
• He has a perfect [ˈpɝfɪkt] pronunciation.
• I want to perfect [pɚˈfɛkt] my pronunciation. Wikipedia

International Phonetic Alphabet (IPA) is an alphabet-based system of phonetic notation, or visual representation of speech sounds. In IPA generally, each sound is represented by one phonetic symbol. It serves perfectly as a pronunciation guide for language learners. Wikipedia

A phoneme is the smallest part of a word that can change the word's meaning when it changes. For example, if you substitute the sound /m/ in the word mill /ˈmɪl/ for /k/, the meaning changes. The word becomes kill /ˈkɪl/. Both sounds /m/ and /k/ are phonemes. Wikipedia

Phonemic awareness is the ability of a listener to hear, identify and manipulate phonemes. Individuals with this skill can learn correct pronunciation. Wikipedia

Phonetic spelling is an ambiguous term. Some people use it to describe a form of phonetic transcription for native speakers. For example, the word "phonetics" can be phonetically spelled as /fuh-nEt-iks/. Sometimes this term describes a way to confirm the spelling of a word by pronouncing each letter as a word using NATO phonetic alphabet. For example, for "John" you would say "J for Juliet, O for Oscar, H for Hotel, N for November". Wikipedia

Phonetics is a science that studies the sounds of human speech. Wikipedia

Phonological awareness is the ability of a listener to recognize the sound structure of words. It is a key skill to learn a new language. Wikipedia

Phonology is a branch of phonetics that studies systems of phonemes in particular languages. Wikipedia

Stress is the relative emphasis that may be given to certain sounds or syllables in a word, or to certain words in a phrase or sentence. Wikipedia