Watch a tutorial "How to create custom word lists"

Number of words in our Spanish pronunciation dictionary

Do you learn or teach Spanish?

We know sometimes Spanish may seem complicated. We don't want you to waste your time.

Check all our tools and learn Spanish faster!

Greetings from the developer Timur

Find out how to activate your brain and learn faster (4 min.)

In order to get access to all lessons, you need to buy the subscription Premium.

"Caza" and "casa" are pronounced the same (Latin American Spanish)

"Callo" and "cayo" are pronounced the same

Display allophones for the phonemes /l/, /m/ and /n/

Display allophones for the phonemes /p/, /t/ and /k/

Display allophones for the phoneme /e/

/ʝ/ in the beginning of words is transcribed as /ɟʝ/

Aspiration of the phoneme /s/

Phonetic transcription can help you improve your Spanish pronunciation

Spanish pronunciation is simple compared to other languages. The pronunciation rules in the Spanish language are quite strict, although a few Spanish letters can be pronounced in different ways.

This tool will serve as a Spanish pronunciation guide. It will help you save time during your first steps in Spanish, while you are still learning the pronunciation rules. If you use the phonetic transcription regularly in combination with Spanish audio and video recordings, your pronunciation and listening skills in the Spanish language will improve.

In order to help you we created Spanish pronunciation trainer. It allows you to practice the pronunciation of the most frequent Spanish words, set the playback speed and the number of times each word will be repeated.

Another great way to improve your Spanish pronunciation is to use our Spanish video vocabulary builder. It is designed for beginners and has Spanish subtitles for all lessons, including phonetic transcription.

The algorithm of this phonetic translator is based on the Spanish pronunciation rules as they are described in the book Manual de fonética y fonología españolas. The book is in Spanish, and it's really one of the best you can find on the topic.

If you are a beginner and want a quick solution, choose the following settings:

However there are exceptions to this "rule" in both Spain and Latin America. So, if you are more advanced student, you may want to learn more about Spanish phonology, including:

If you click Advanced options, you will see a special option that allows you to highlight high-frequency Spanish words. The words from different frequency intervals will be highlighted in the following colors:

If you want to make the frequency analysis of your text and obtain the detailed statistics, please use Spanish word frequency counter.

Check our Spanish phonetic subtitle converter and obtain something like this: 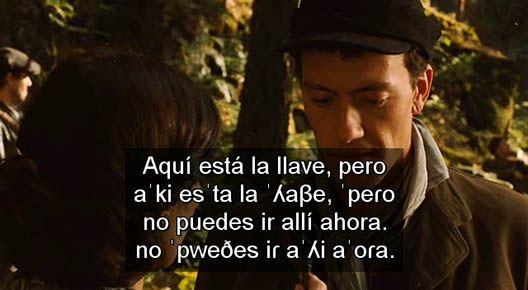 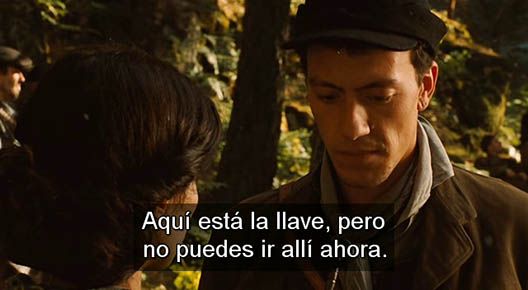 Alphabetical list of all words with audio or video recordings